Previous Next
Coolhurst Opens for Tennis

Let the bells ring and the angels sing as the Buddha Boy shouts for Joy!

The line above is from a song I wrote for the Syndestructible album called Golden Age. It reflects how I feel, seeing Coolhurst coming to life again. No doubt many of my fellow Coolhurst members feel the same. 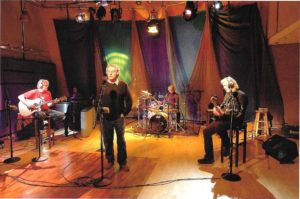 Steve singing with his band

Let’s hope that out of the darkness of this terrible pandemic comes a Golden Age of tennis, squash and the creative arts!    The photo is of my band playing an acoustic set at the XM radio studios in Washington in 2006, I’d like to think I can bring my band to play at Coolhurst one day soon.

Great to see our club re-open for tennis as part of the Governments’ first wave initiative to get us out of lock-down.

All the courts have been well prepared and three additional courts will be available in the coming days, so plenty of availability from 8am to 9pm seven days a week.

The tennis secretary, Martin Hearn, with his tennis committee colleagues has performed an amazing job of preparing the courts and Club for opening, literally overnight, and you will have been informed of the booking system and our procedures, aligned with  Government/LTA advice,  which  must be adhered to. The GMC puts its trust in all our members to honour the rules that are there to protect us all.

In the spirit of continuing openness we are publishing the minutes of  General Management Committee meetings. You can find them in the GMC Minutes folder on the Club website:  www.coolhurst.co.uk/documents

Our next meeting will by on Saturday June 6th at 3.30.

In 2016 Bob Dylan won the Nobel prize for literature and this might partly explain why at our June 6th meeting we will be discussing the lyrics of two of his songs, Murder Most Foul (March 2020) , and All Along the Watchtower (1967), which was ranked by Rolling Stone as  47th in the 500 Greatest Songs of All Time,  maybe even better known in its Hendrix version than the original. 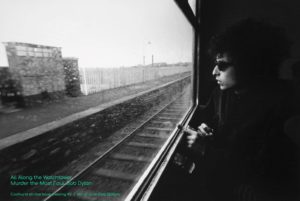 Murder Most Foul,  a 17-minute meditation on culture and the world after the assassination of JFK, was described by Alex Petridis of the Guardian as ” … a litany of cultural references taking in everything from Shakespeare to Stevie Nicks to silent-movie comedians, from the Moonlight Sonata to Jelly Roll Morton to A Nightmare on Elm Street”.

Please contact Tzvetelina Dimitrova or Michael O’Callaghan to get the zoom meeting link.  Performances and words can be found via YouTube and   google.

The grant sub-committee of Paul Harris and Andy Watson working closely with our treasurer, Bob Taylor and Secretary, Michael O’Callaghan are proving to be a prolific team and they are successfully tracking a multitude of grants to support the gradual re-establishment of Coolhurst over the coming months.

They are also progressing a community led program that, we anticipate, will secure grants to fund the undercroft development in due course. I’ll share more information on that as it progresses.

Planning Application at No 23 Coolhurst Road, which used to be Abbeyfield Old People’s Home

In my last blog post I supported the efforts of Coolhurst members Rob and Julie Mackenzie to oppose an inappropriate planning application at the above address that would, moreover, have a negative impact on our Club. I was very pleased to hear from Julie today that they have now received over 250 signatures of support, delaying the proposal. This fantastic response has now also drawn  local MP Katherine Ross into the battle.    Here is the link if you want to support the objection, simply click on  http://chng.it/2VCgS9gGJS.

About the Author: Michael O'Callaghan